available for purchase :in digital format /mp3/flac*/
registration is required to acces this area

registration is required to acces this area 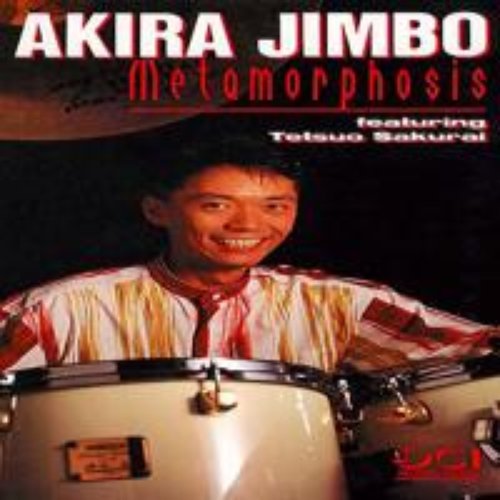 Abraham Laboriel - Bass, Vocal;
Akira Jimbo - Drums;
Allen Hinds - Electric & Acoustic guitar, Vocal;
Michael Landau - Electric guitar (3,9);
Otmaro Ruiz - Piano, Keyboard, Vocal.
Akira Jimbo, also seen as Akira Jinbo (born February 27, 1959 in Tokyo, Japan) is a Japanese freelance jazz fusion drummer who is famous for his drumming independence and fusion of electronic drum technology and acoustic drums. Aside from his solo work, he is also the drummer in the Japanese jazz fusion band Casiopea and has participated in various side projects with other musicians, including Keiko Matsui, Shambara, bassist Brian Bromberg. He is the main product presenter of Yamaha Drums Japan.
Akira Jimbo began drumming at the age of 18 when he joined the Keio University Light Music Society Big Band. He became famous through his playing with Casiopea during the years 1979-1989. These days Casiopea is recording again with Jimbo, who returned in 1997. During his solo career he formed Jimsaku-duo with Casiopea's bassist Tetsuo Sakurai in 1989. Recently, he has been working with Hiroyuki Noritake from T-Square in the drum-duo Synchronized DNA and have together performed in a series of concerts with Casiopea.
Akira Jimbo has a unique drumming style which is best demonstrated in his drum videos and at his drum clinics. By using the DTX drum triggering system, he is able to play a full band sound without a backing track.
In 1999, Akira Jimbo was awarded 2nd place in the British drum magazine RHYTHM for most popular drummer. In June 2000, he became the first Asian drummer to be featured on the cover of Modern Drummer magazine. He also appeared in the Modern Drummers Festival in 2000, which is available on DVD.
More recently Jimbo has assisted in the design of the new K Custom Hybrid Series of cymbals by Zildjian.