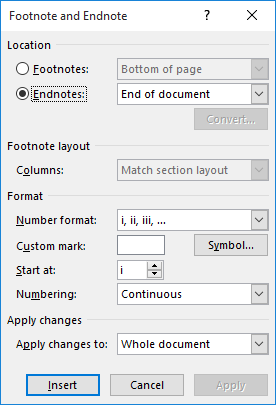 I work for a publishing house whose editors use Word for PC. Production,
however, is on Macs. When Editorial sends their manuscript files to
Production, the endnotes are displaying with Roman numerals. The same file
shows Arabic numerals on the PC but has turned mysteriously to Arabic on the
Macs.
I can change the numbering style by just clicking on the first endnote
reference and using the pop-up that appears to apply an Arabic style, but is
there anyway to change the default setting so that that happens
automatically?
Probably this is just a weird Mac/PC compatibility issue that can't actually
be 'fixed,' but I'm not sure, so I thought I'd ask. Any suggestions would be
appreciated.

Changing Footnotes From Roman Numerals To Numbers In Word For Machine 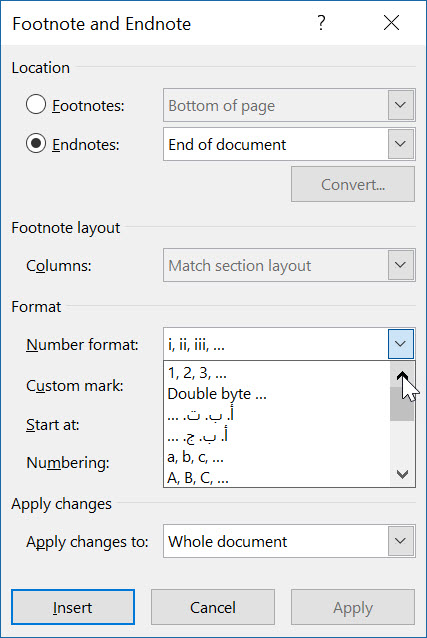