Welcome to our Lost Mine of Phandelver campaign page. It contains mild spoilers for the campaign.

This is my first time running a D&D campaign for a group of friends. We have chosen the Starter D&D Starter Campaign Kit – the Lost Mine of Phandelver – which is designed for both new-to-game Dungeon Masters and Players alike.

Lost mine of phandelver map. Just in case you find this helpful here are the various high resolution maps ive made to run the lost mine of phandelver in roll20 in my case. Lost mines of phandelver is the official starter set for dungeons dragons fifth edition and is often recommended to. Start your campaign off right with these seven unique maps originally created for the D&D Starter Set adventure Lost Mine of Phandelver. Prepare to explore subterranean labyrinths, ruined castles, and dangerous hideouts. Will your party survive? In this single download you'll get all of the DM and player versions of my maps as well as un-gridded renderings that are perfect for use.

If you want to read my review as to how I found running it, please visit my Campaigns page.

Campaign Setting. The following is copied from page 3 and 4 of the Lost Mine of Phandelver campaign book. More than five hundred years ago, clans of dwarves and gnomes made an agreement known as the Phandelver’s Pact, by which they would share a rich mine in a wondrous cavern known as Wave Echo Cave. If you don't want to spend the money on Mike Schley's map, here are some community made maps that can be dropped right into Roll20.net or your VTT of choice. Player's be aware: SPOILERS. Sword Coast (area map) Craigmaw Hideout (w/ Grid) (without Grid) Another Cragmaw Another Cragmaw Hideout (free registration required on Fantasy Grounds Forum). A Multi-user map application to be used with the D&D Published Adventure: Lost Mines of Phandelver. Goals: Version 1: Maps broken down into individual parts Player Tokens Monster Tokens Multi-user mode (Node.js - express ) Optimized for both Desktop and Mobil Touch functionality for iOS and Android Devices.

I haven’t been able to find the original artist pages for these images on Pinterest. If you know the artist, please let me know and I will link and give credit. Links are in this post.

Here are the pre-generated characters the group have chosen: 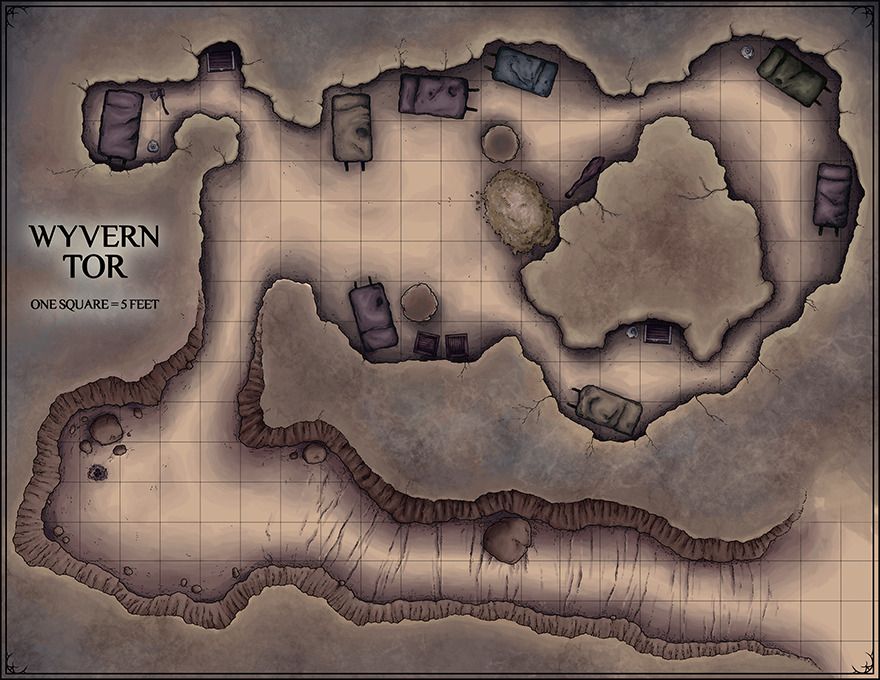 A combined pdf of above character sheets

The following is copied from page 3 and 4 of the Lost Mine of Phandelver campaign book.

More than five hundred years ago, clans of dwarves and gnomes made an agreement known as the Phandelver’s Pact, by which they would share a rich mine in a wondrous cavern known as Wave Echo Cave. In addition to its mineral wealth, the main contained great magical power…

For centuries, rumours of buried riches have attracted treasure seekers and opportunists to the area around Phandalin, but no one has ever succeeded in locating the lost mine. In recent years, people have resettled the area. Phandalin is now a rough-and-tumble frontier town. More important, the Rockseeker brothers – a trio of dwarves – have discovered the entrance to Wave Echo Cave, and they intend to reopen the mines.

Unfortunately for the Rockseekers, they are not the only ones interested in Wave Echo Cave…

The Adventure so far…

The links below contain detailed spoilers for the campaigns. As this is my first time DMing but I picked up the following from The Dungeon Masters Guild website, as they looked useful:

I put together LPoM Player Reference Guide of the mechanics rules for the group, since they were new to game.
Also, I found:

The Lost Mine of Phandelver is a great starter adventure, whether you're brand-new DM or have been rolling 20s since the 80s. Included in included in the D&D Starter Set, it has just about everything you need in a good campaign, and sets you up nicely to transition into something else when it's done.

It ramps the difficulty up nice and slow, introduces role playing elements early, has a nice town with a healthy supply of NPCs and side quest plot hooks, a mid-level boss and mini dungeon (Glasstaff & Tresendar Manor), and a Big Bad Guy with a full dungeon (Black Spider & Wave Echo Cave). What more could you want?

Want to make it even more memorable? I have some ideas for you. 😈

Start in a Tavern

Players expect it, and it's fun. This isn't the place to get creative - just anchor your players in a setting they can imagine and build from there. Pick out a good tavern name, bonus points if contains a pun. Here are a few ideas if your creative juices are otherwise engaged.

Don't use the Starter Set characters

They're boring and rigid. D&D is way more fun when you roll your own character and get into the gritty details and customizations.

If you really want to just get started, you can go ahead with the starter characters and then let your players change up whatever they want after the first session or two. Once they get a feel for the game and what style they want to play, it'll be easier to know what class to pick. You can run a short Session Zero Redux, recapping and debriefing how the game is going, make adjustments, get feedback on what they like and what they don't, and then set off again on a new and improved path.

The provided adventure hook, Meet Me in Phandalin, is a little underwhelming: an agreement to escort a wagon of supplies to the nearby town of Phandalin. By itself it's simple enough, but what if the players don't care about the 10gp each? What if they decide to explore Neverwinter instead? It's a huge city and you didn't prep for that. Ruh roh.

Try adjusting the collective backstories and put the players down on their luck and out of funds. Perhaps they're in a tavern spending their last copper on some bread and cheese, when they see a group of spoiled rich brats picking on an unfortunate soul across the tavern. Ramp it up until the players intervene, and stop the fight short of killing the NPCs. Guess what, the leader's daddy has the city's politicians in his pocket, and their family holds grudges. 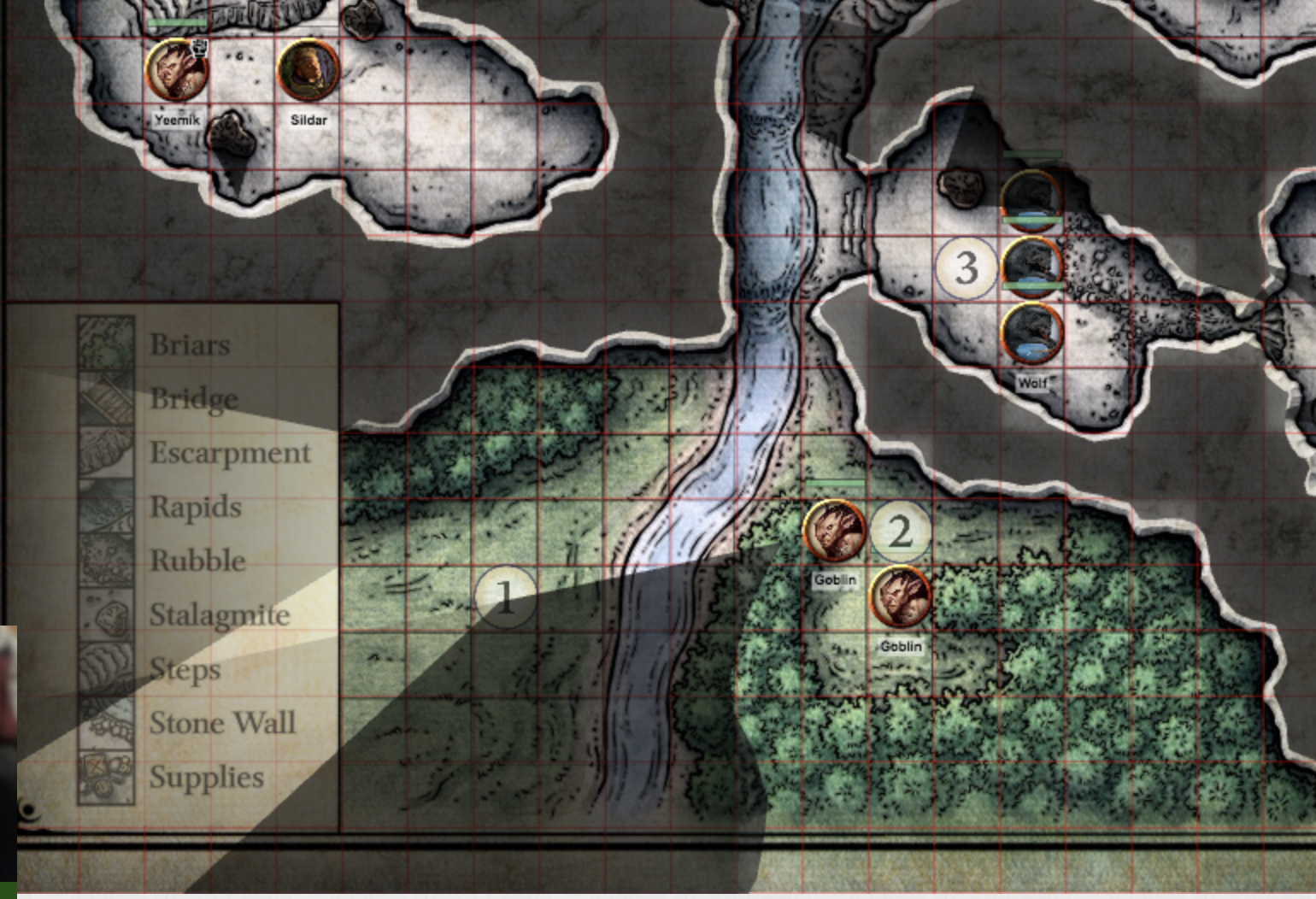 Now you have a chance for Sildar Hallwinter, member of the Lord's Alliance (if you choose to play out the factions in the adventure), to see the party looking out for the little guy. He can urge them to leave the city quickly, and offers a way out in the form of an escort mission. They're going to need money, they need to leave, and you're off and running.

Spice up the key villains

Iarno is fun villain/NPC because his evil identity is secret, and he's Sildar Hallwinter's contact (in the Lord's Alliance) out in Phandalin. The campaign book only briefly touches on this point, but it can be exciting to play up this relationship in big betrayal reveal. Here are a few ideas:

Lost Mine Of Phandelver Printable

As written, Nezznar is a one-dimensional character. He's bad for bad's sake, unless you decide otherwise.

Brush up on important mechanics

Your players have a few larger places where they may decide to spam long rests. Cragmaw Castle, Tresendar Manor, and especially Wave Echo Cave have multiple encounters. It's very important to remember how long rests work.

Players cannot benefit from more than one long rest in a 24-hour period.

They can't just lock a door and sleep in there for a day and a half without repercussions just to get their spell slots and hit points back. They need to get more resourceful. Use their hit die, health potions, spells, and craftiness.

Here's how a few other folks have handled this very issue:

If you've read much more than the campaign booklet and this article, you've done too much research. After playing a session you'll have a much better idea on what aspects of gameplay you need help on improving, and you can take it from there.