Along with GA15DE, 1.6-liter GA16 engine was produced. Its main difference from GA15 is cylinder diameter enlarged to 76 mm. New pistons are used, compression ratio is 9.5.
The first versions were equipped with carburetor and 12-valves head (8 -valve cylinder head happens rarely) with one camshaft. Those were GA16S engines. Such modifications might have catalytic converter or not have it at all. Also GA16E version was manufactured. It used multi point fuel injection system and 12 valves cylinder head. In the end of 1990 the most famous version GA16DE appeared. It had DOHC head with 16 valves and multi point fuel injection system.
The early version GA16DE was equipped with variable valve timing system NVCS on the intake side and its power was 110 HP. Later, in 1995, the engine got modified camshafts and intake system, what added 5 HP more. GA16DE EU-version did not used NVCS system and displayed 102 HP.
GA16DS, produced since 1995, was equipped with DOHC head and carburetor.
GA16DE does not have any hydraulic lifters, so you should regulate the valves every 30,000 miles of mileage (40,000-50,000 km). Valve clearance (cold engine): inlet valves 0.25-0.33 mm, exhaust 0.32-0.4 mm.
GA16 engines have two timing chains. Their service life is about 150,000 miles of mileage (200,000-250,000 km).
All the versions of this engine were produced till 1999, and after that GA16 was substituted with QG16DE. Specially for certain Nissan models, made for Mexico and SAR, the engine was kept being installed up to 2011. 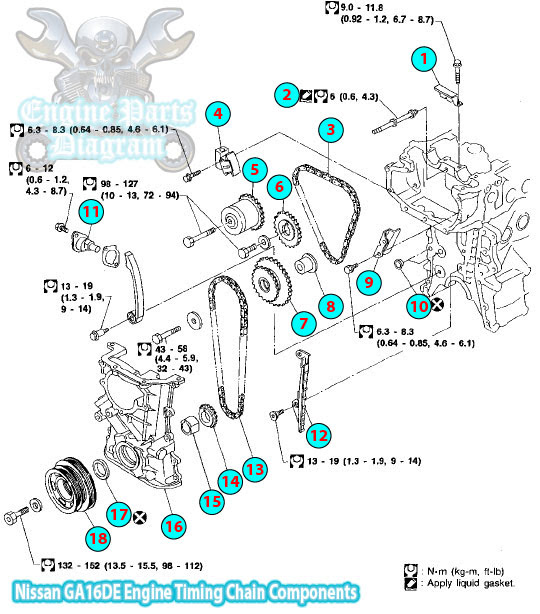 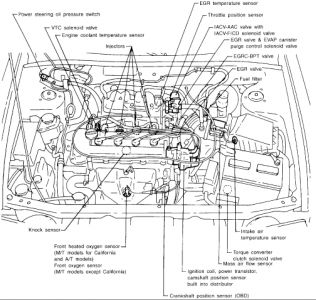 GA engines are very reliable and durable. They do not have any significant problems, except for the ones of idle air control valve and MAF sensor, which happen from time to time. GA16DE life expectancy is 200,000 miles of mileage (300,000 km) or more. To support it, you should use good motor oil, gasoline and to serve the engine in time. 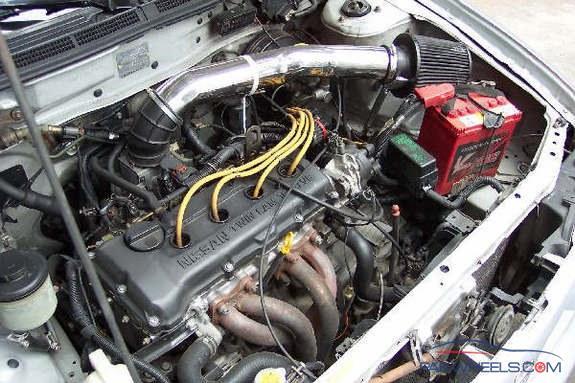 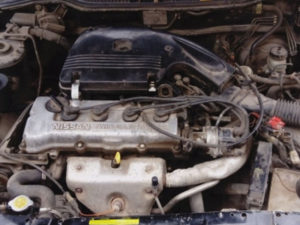 If your engine is in good state, gaining some more HP is possible. For this you should buy SR20 throttle body and cold air intake, header, 2” performance exhaust system, JWT ECU. It will also have a sense to make your head port and polish. It is better to use the head, made after 95. They have modified ports and more aggressive camshafts. Milling cylinder head on 2 mm will increase compression ratio to 11-11.3. You may keep stock cams, but it is better to use aftermarket cams (duration is about from 263 to 272). Having adjusted your ECU, you will get 140-150 horsepower. Your car will become considerably faster, but it costs much. Therefore it is better to sell your car and to purchase used Mitsubishi Evolution.
The same is regarding turbo GA16DE. Stock internals may not bear even 7 psi (0.5 bar) boost pressure. And forged internals cost more, than your car itself.

Nissan GA14DE, GA15DE, GA16DE - user guide / instruction on repair,
maintenance and operation of the vehicle.
This guide provides a full description of the maintenance and repair of gasoline engines Nissan GA14DE, GA15DE, GA16DE. Used on Nissan AD, Almera, Lucino, March, Presea, Pulsar, Sunny and others.
The guidelines are based on the factory repair manual for these engines. Recommendations from the manufacturer would enable car owners to independently carry out a competent repair of the engine. Describes the possible malfunctions of the engine, methods of their identification and technology elimination. Presents information on the diagnosis, repair and adjustment of the engine, fuel system, engine management system, starting systems and charging. Repair procedures are described clearly and in detail, provides extensive reference repair data.