Origins of the Tanith First (And Only) After Tanith was selected by the Warmaster to create three new regiments, the planet was plunged into a party the likes of which none (save Slaanesh) had ever seen before. The massive party was noticed by a wandering Chaos Armada, whose ass was recently kicked. Full tracking of what you have read so you can skip to your first unread post, easily see what has changed since you last logged in, and easily see what is new at a glance. Email notifications for threads you want to watch closely. Being a part of the oldest wargaming community on the net. If you are already a member then feel free to login now.

A Tanith Badboy.
The first and only. Led by the widely famous badass, Gaunt.

'Cartref yw cartref, er tloted y bo. - Home is home, however poor it may be.'

'Happy are those whose walls already rise!'

The Tanith First (And Only) are an Imperial Guard regiment founded on the forest planet Tanith. Tanith was home to the famous Nalwood trees, rumored to roam her forests, causing hapless travelers to become helplessly lost. This granted Tanith's population an inborn sense of direction, as well as an uncanny ability to camouflage themselves. Both of these skills have proven invaluable over the history of the regiment.

The Tanith people are predominantly Celtic, a mixture of Welsh, Scottish, and Irish as evidenced by their common appearances(Black Irish - pale skin, blue eyes and dark hair), in addition to their frequent use of bagpipes on the battlefield to boost morale, their names (The Scottish Mk- prefix and Welsh l's, y's and w's), woad tattoos and Sgian-dubh-style silver knives. Even the dark, mysterious forests of their lost homeworld is a nod to the ancient Roman descriptions of Scotland and Ireland.

The regiment was made famous by Colonel-Commissar Ibram Gaunt. It is currently engaged in the Sabbat Worlds Crusade under Warmaster Macaroth.

The Tanith First and Only are largely the subject of the Dan Abnett's acclaimed Gaunts Ghosts series, starting with the aptly named(When it was originally published)'First And Only'.

To bring a long story short, Tanith was destroyed by the forces of Chaos just shortly after they finished mustering three regiments (We did it before it was cool to do so, Cadia). Only one full regiment was able to make it off planet. With no functioning command staff, due to them being very much dead, a Colonel-Commissar by the name of Ibram Gaunt was assigned to look after the regiment. Gaunt was promised that if he led them to glory in the campaign, he and his regiment would be granted one of the conquered worlds for them to keep as New Tanith. Naturally they become complete badasses, known for taking missions deemed too suicidal even for space marines, and coming out stronger than ever. They haven't gotten that world yet though. 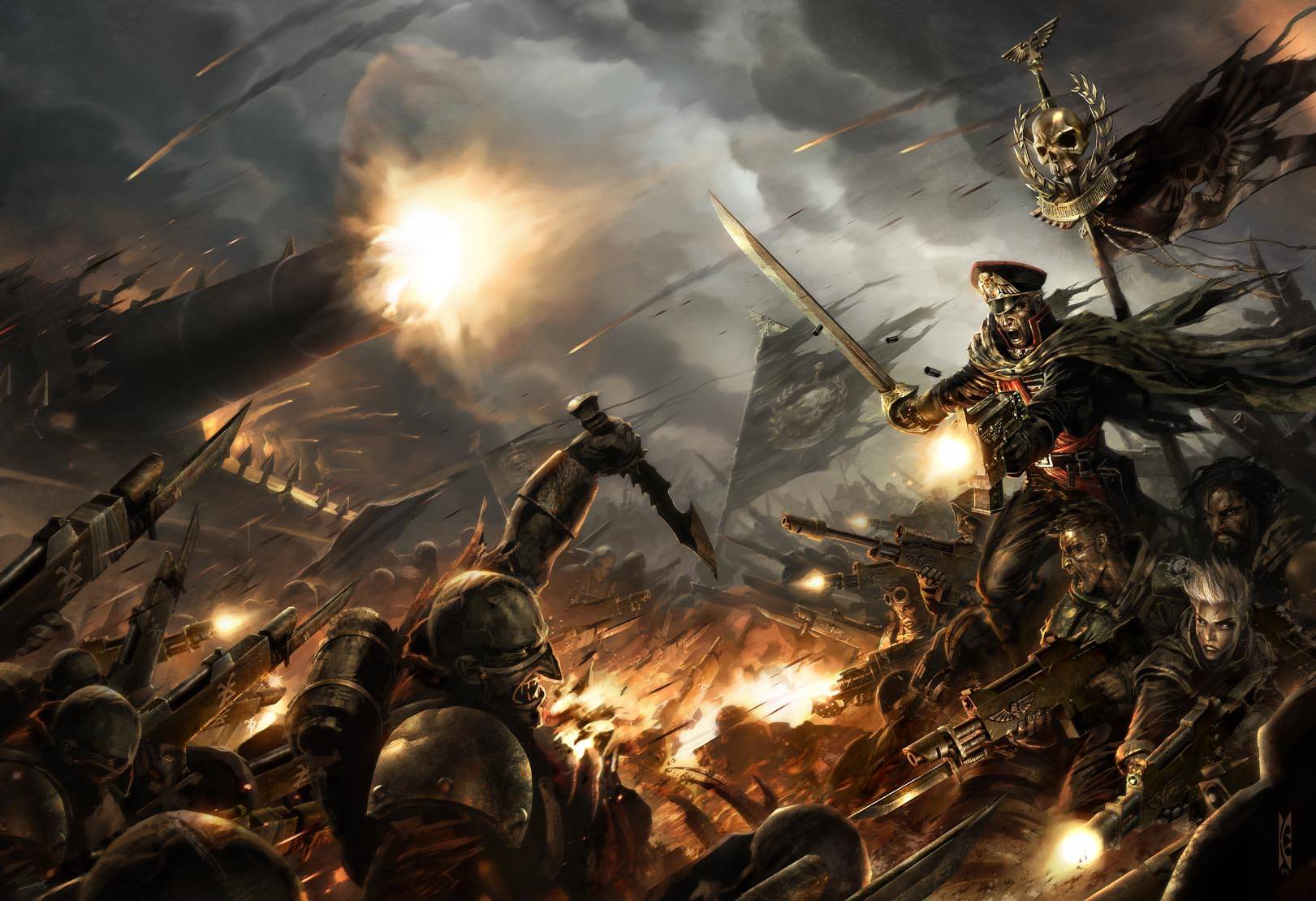 It should also be noted that the series as a whole started as Grimdark, but as early as the second book, moved away from it considerably. While many elements still exist, for the most part, it is downright heroic fantasy compared to many publications in the 40k universe. To put as a comparison, in general, while a lot of major characters die throughout the series, in each book, generally, the unit as a whole ends up BETTER off than it did at the beginning of the book... With exceptions...

Tanith First And Only Models

Tanith First And Only Uniforms

Colonel Colm Corbec: one of the Manliest men to have ever Manned. 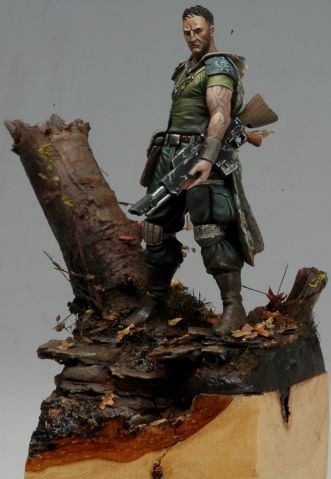 First of: Although one of the most beloved Imperial Guard Regiments, Games Workshop still doesn't manage to produce rules to really allow playing athe regiment of Gaunt's Ghosts. However, if you are willing to work around some things, it is possible.Here are a couple of recommendations: 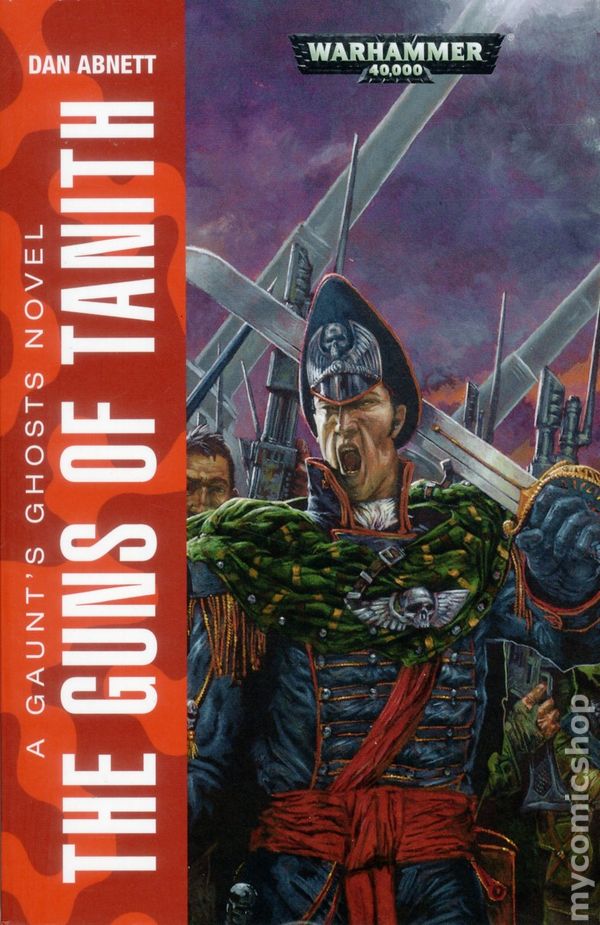 Note that as of the big FAQ you can only take a single squad up to three times, if you are playing by the tournament suggestions, therefore ruining a Veteran army for good. Seems only fitting Tanith is slowly dying out... 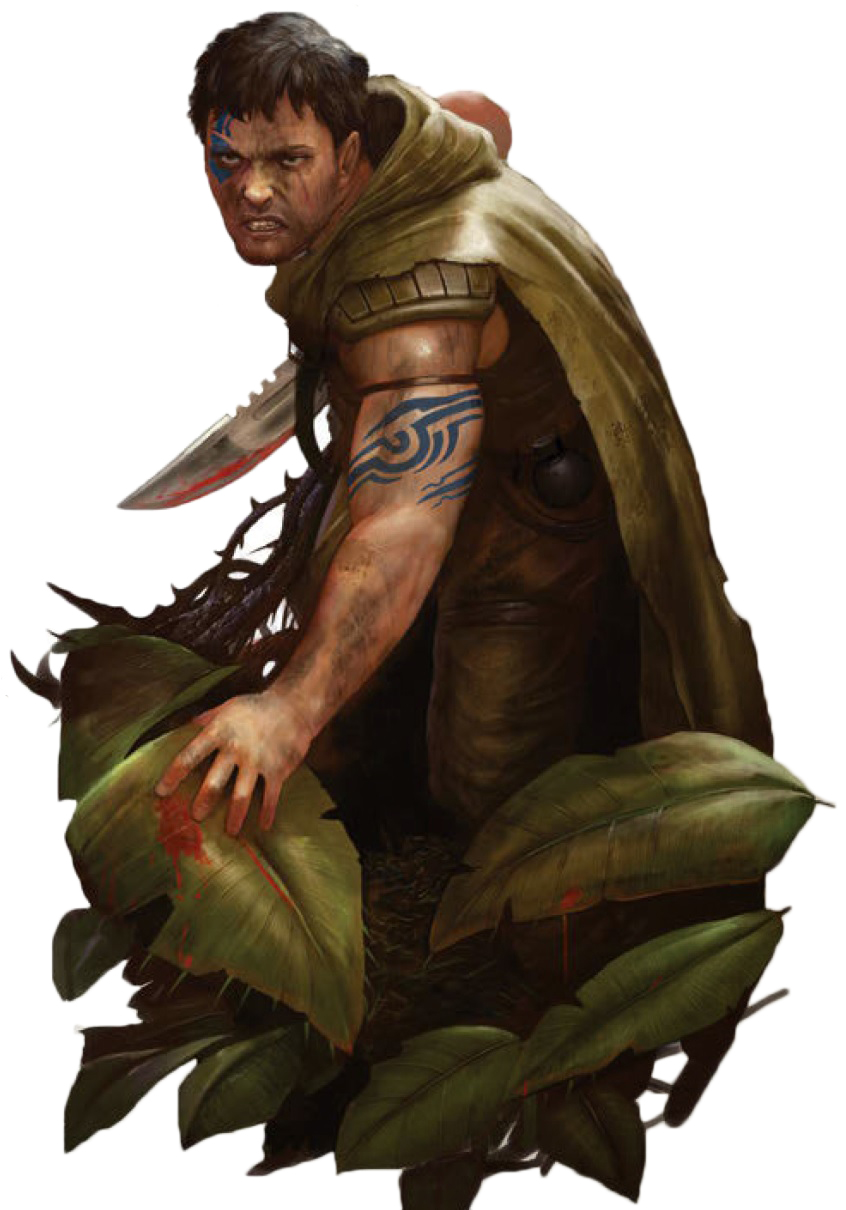